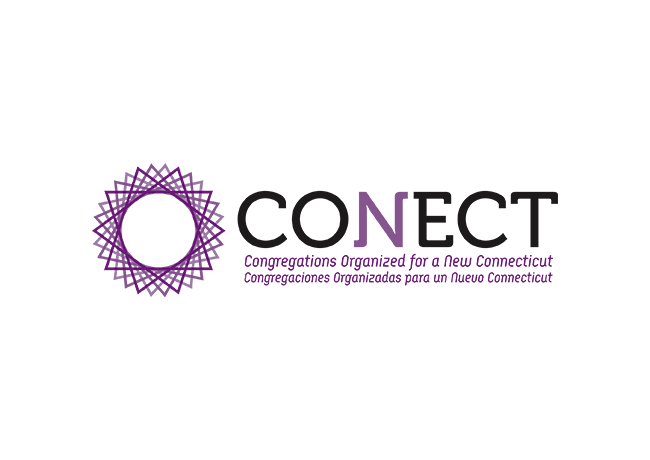 CONECT leaders add to call for Police Reform in CT

Following up on CONECT’s June 15th Assembly, CONECT leaders made over 1000 contacts (calls & emails) with their Reps & Senators to push for the passage of a police accountability bill during the July Special Session. See: https://ctmirror.org/2020/07/23/ct-faith-leaders-amplify-support-for-police-accountability-bill/ 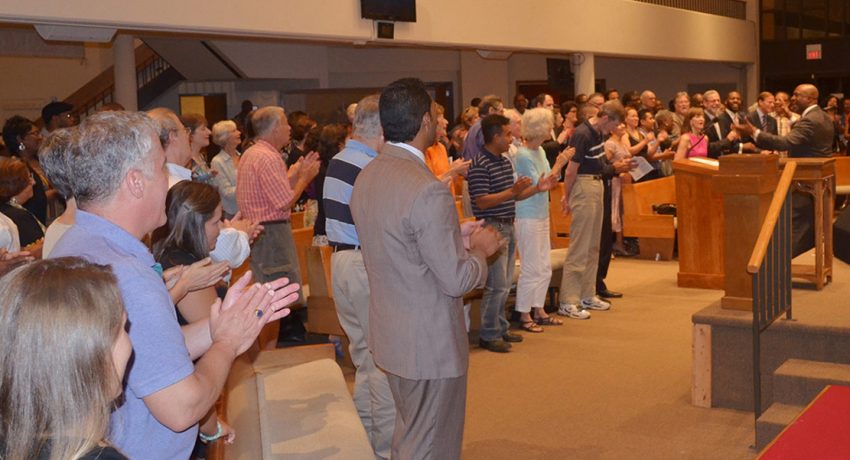 July 4th, 2020 Reflection — A nation in need of repentance & humility

As we mark Independence Day this year, we have an opportunity to reflect much more deeply on our nation than 4th of July parades, barbeques, and fireworks shows typically allow.  Perhaps the fact that we cannot hold these types of superficial celebrations due to the COVID pandemic will create the space for more of us to acknowledge and begin to reckon with the ugly, shameful, and painful aspects of our history, rather than simply celebrating our triumphs and sweeping the rest under the rug.

As our diverse faith traditions teach us, it is only in confessing our sins and then in taking action to rectify them that we can truly reconcile with those we have harmed and redeem ourselves.  And it is only in restoring justice with each other that we can restore our righteousness in the eyes of God.

So too, the US, Connecticut, and our communities in Fairfield & New Haven counties must acknowledge our transgressions and take meaningful action to restore fairness and justice.  Only in doing so can we have any chance of someday living up to the audacious claim, so often made at this time of the year, that we are the greatest nation on earth.  Truthfully, America has never really been great for Black, brown, indigenous, and poor people.

The US was founded with the virtuous ideals of liberty and justice for all and the stubborn realities of highly entrenched systems of white supremacy and economic exploitation.  As a new nation, we counted Black people as only 3/5s of a person and restricted voting to landowning or wealthy men.  We have been struggling with both of these flaws ever since — sometimes progressing, sometimes retrenching.  At times, we have struggling with racial and economic injustice openly, but more often these tensions have been just below the surface.  With the COVID pandemic and recession and the resurgent and broadened movement for Black Lives since the police murder of George Floyd a month ago, we are struggling with both more openly and head-on than at any time in at least a generation.  This reckoning is long past due.

Yes, there has been important progress on racial justice at times in our history, but to dwell on the Civil Rights era only is to ignore or diminish the 400-year history of slavery, racial terrorism and violence, and systemic, institutionalized racism.  We must avoid the temptation to reduce this legacy to Southern history, because this very much a part of Connecticut’s history and legacy too.  On economic justice, upward economic mobility has been broadly accessible during some periods in our history, but since the 1970s we have seen income and wealth inequality increase dramatically to historic levels, making the American Dream more myth than reality.

Here in Connecticut, one of the wealthiest states in the US, racial and economic disparities remain eyepopping and obvious – this history is present with us:

The 2008 financial crisis and Great Recession only exacerbated these racial and economic divides – while banks were bailed out and corporate executives paid bonuses, millions of Americans lost their homes and their wealth.  The current COVID pandemic and related recession seem to be following the same pattern — already reports indicate that the wealth of the nation’s billionaires is up 20% in the last three months, when 45 million Americans have been laid off.

In 1852, Frederick Douglass gave a speech entitled “What to the slave is the 4th of July?”, agitating for the end of slavery:

His words ring true today nearly 170 years later.  This past month perhaps has felt like a storm and a whirlwind.  But if this country and state are to redeem ourselves, we must embrace this 2020 thunder and be roused to bold action.

We believe it is an act of patriotism to acknowledge and confront these truths and to commit ourselves again to take action to reverse them in repentance for the full history of the country we have inherited.  So, this July 4th, we recommit as an organization to:

May we bless America for all by doing this hard work together across CONECT and with many partners whom we will both follow and lead.  Though we may tire and lose hope at times, we will fight on until victory is won.  We still believe, with persistent pressure from organized people, America’s founding ideals can extend to all of us. 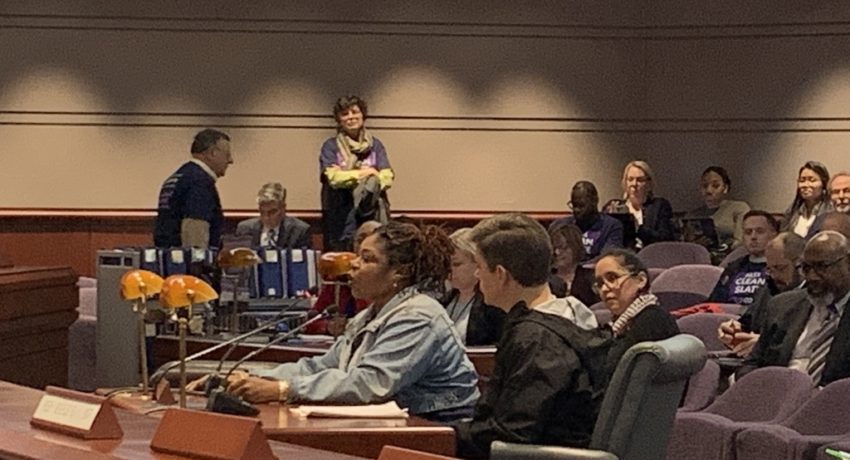 54 CONECT leaders along with dozens of other allies from the ACLU of CT, the Greater Hartford Interfaith Action Alliance, the Katal Center, #cut50, and others packed the Judiciary Committee’s hearing on Clean Slate legislation in Hartford on March 9th. 4 CONECT leaders testified in support of SB 403 — some waiting about 8 hours to do so. Here are a few initial press links:
– NBC CT news
– Hartford Courant
– CT News Junkie 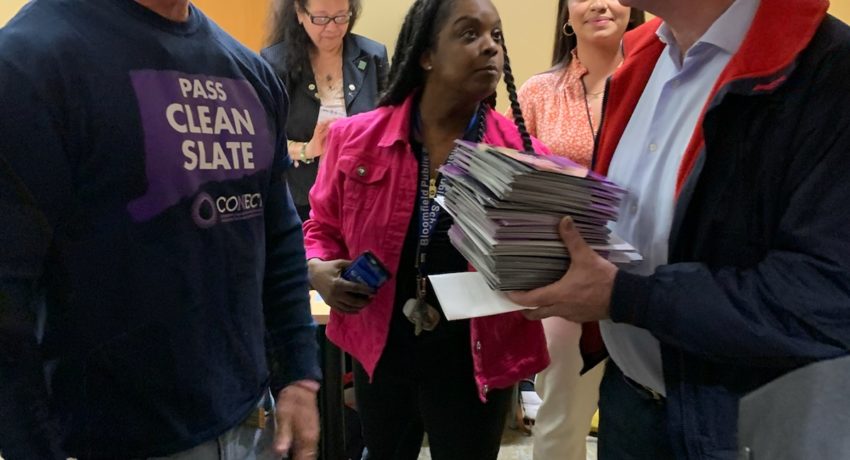 CONECT leaders have continued to press in the weeks since our Jan 30th Winter Assembly and the start of the legislative session on Feb 5th for a robust Clean Slate law that includes people with felony records. On Feb 19th, CONECT leaders gave Gov. Lamont 805 signed postcards encouraging him to support a broader Clean Slate bill.

See some of these recent press accounts: 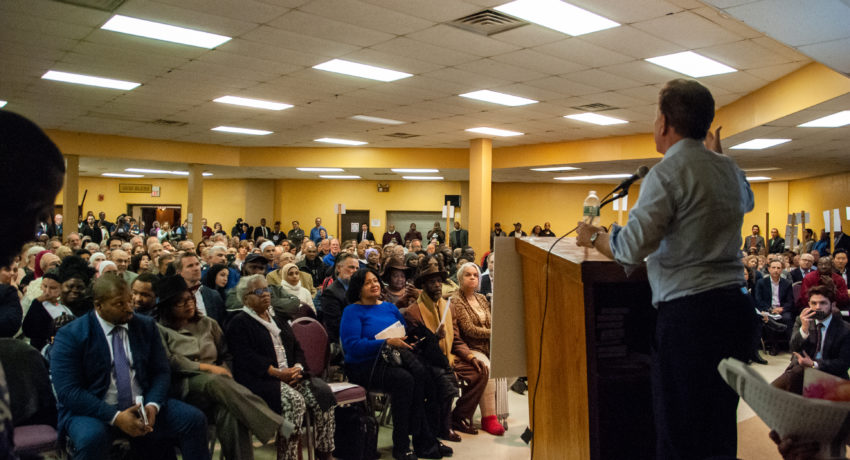 More than 600 CONECT leaders & allies packed into the Bass Hall of Mt. Aery Baptist Church on January 30th for CONECT’s Winter Assembly. The centerpiece issue of the Assembly was Clean Slate, an effort to create a system for automatic criminal record expungement. Gov. Lamont attended the Assembly and pledged support for Clean Slate, to introduce his own bill on the topic, and to press to get Clean Slate passed this year. Attorney General William Tong was asked about preventing ICE immigration enforcement activities in Connecticut courthouses and pledged to fight to stop the potentially dangerous practice. Leaders also presented on CONECT’s leading work on gun violence through the Do Not Stand Idly By campaign and the emerging Gun Safety Consortium. CONECT also welcomed Spring Glen Church of Hamden as a new member! 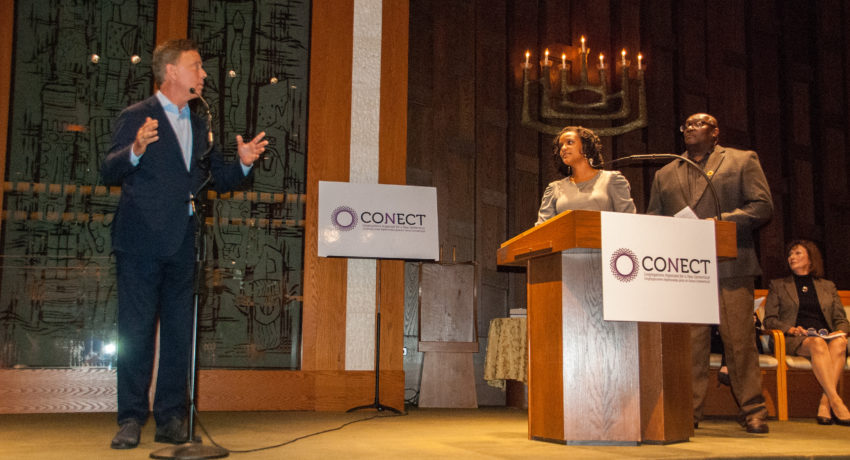 CONECT’s Criminal Justice Reform Team is busy this winter / spring leading a legislative campaign to create a new system of automatic expungement of criminal records in Connecticut. Recently Hugh Bailey wrote a column in the CT Post & New Haven Register about the campaign and the New York Times ran an Opinion piece on Clean Slate nationally.

The Connecticut “Clean Slate” plan would build off of Connecticut’s existing Board of Pardons and Paroles system, making expungements of criminal records 3 years after a misdemeanor and 5 years after a non-violent felony automatic.

Come out on Sunday, Jan 6th at 3:00pm to Mt. Aery Baptist Church to join CONECT clergy, lay leaders, allies, and key legislators as we kick-off our Clean Slate Legislative Campaign.  Clean Slate would create a system for automatic expungement of criminal records for those that remain crime free after serving their sentence — 3 years after a misdemeanor and 5-years after a non-violent felony.  To learn more, see our 1-page Fact Sheet or FAQ sheet. 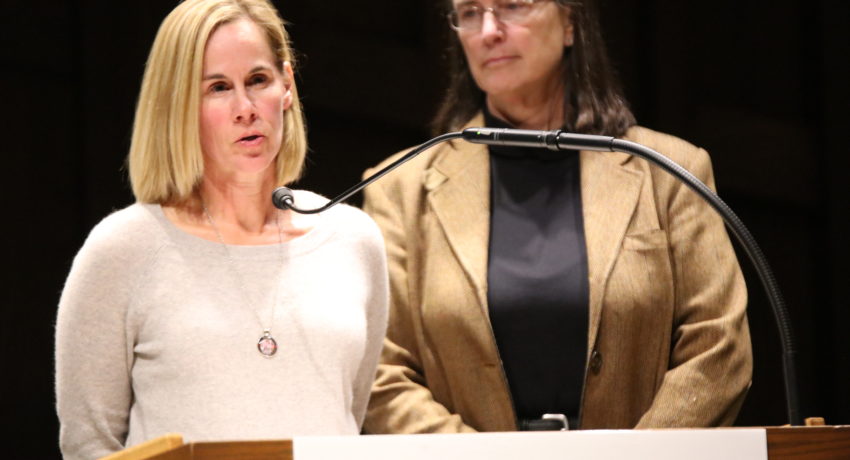 WNPR Radio News posted a new story about the powerful exchange that took place on the issue of gun violence at CONECT’s packed Candidate Assembly on Monday, Oct 22nd at Congregation B’nai Israel.  You can find it here. 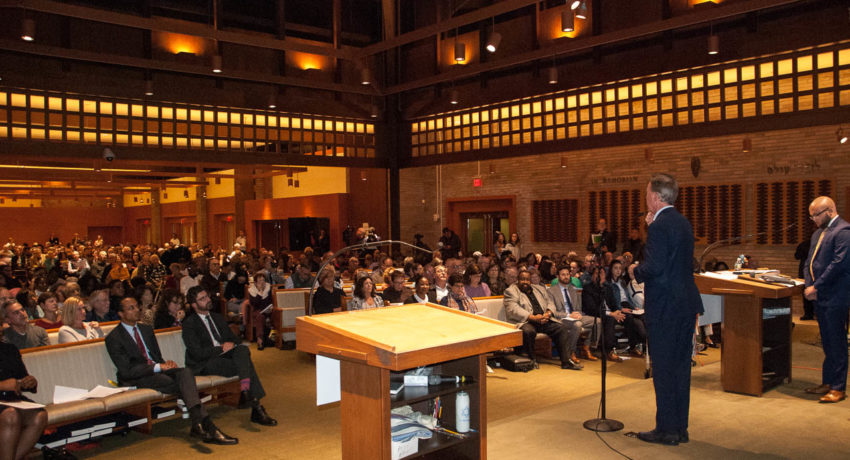 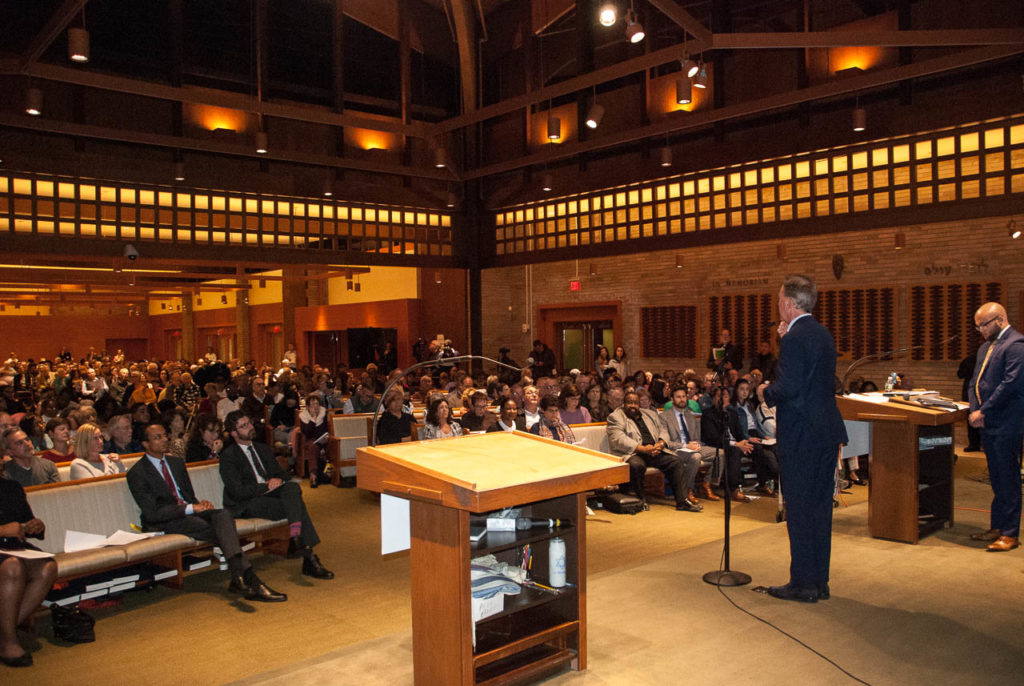